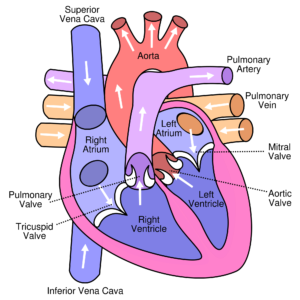 ACLS online recertification is a great option for many doctors, nurses and other medical professionals who prefer a more convenient and relatively faster alternative to standard ACLS renewal. On offer to students is immediate recertification that’s complete with a certification card that’s accompanied by same day exam grading.

Web based ACLS renewal training material and exam do provide the ultimate in convenience for those who have a busy life. This becomes very important when you take into consideration the simple fact that recertification is a statutory requirement for many health providers and professionals.

An online recertification program is the by far the fastest method of earning a recertification, it is not only easy to follow up but is also quite versatile and flexible. This is because the program does allow students to take their course during their own time and are not required to attend any classroom session. It is worth noting that these courses are created and constantly reviewed by licensed and certified physicians.

Even if you don’t recall most of your ACLS knowledge, most online recertification players do offer an ACLS online study guide as well as practice exams which fully prepare students for the ACLS renewal exam. Further to the above, the exam can be printed and taken at one’s leisure before entering the results or answers online at a later time. An ACLS renewal exam can therefore be taken at any time, 24/7.

Another major advantage of getting your ACLS recertification online is the instantaneous nature of receiving the results. You do instantly receive a printable digital certification card once you have passed the final exam.

Even though the exams are not timed, most exams tend to take about an hour on average to complete and there are also unlimited retakes granted at no extra cost whatsoever. As earlier mentioned, once the PDF provider card has been sent via e-mail upon passing the final exam, a wallet provider card is shipped to the recipient with a CME/CEU certificate as well. For recertification, you will receive 4CEU’s (Continuing Education Units).

It is also worth mentioning that for ACLS recertification online programs, there is usually no requirement for one to complete a clinical test in order to receive his or her certificate. An ACLS online course is very comprehensive and does cover virtually everything one needs to know so as to get a recertification with minimal disruption if any at all.

For those who may be apprehensive about whether they would be disadvantaged by doing their exams online, it is worth noting that the cards provided usually don’t indicate that the course was taken online. The cards are similar to other ACLS recertification cards you would otherwise receive from a normal classroom course provided by other institutions.

Contrary to popular belief, online classes are not random or uncoordinated; as a matter of fact, they are developed based on the latest AHA (American Heart Association) ACLS guidelines by certified physicians and are therefore accepted in each and every state in the US and also internationally. This does imply that provided that the exam center is accredited and licensed then it doesn’t really matter where you sit for the exams.

For more information watch the video below.

Young kids who hear greater than one language spoken at home become better communicators, a fresh study from University of Chicago shrinks finds. Successful communication requires the capability to take others’ views. Researchers found that kids from multilingual surroundings are better at interpreting a speaker’s significance than kids who are exposed just to their native tongue. The most novel finding is that the kids don’t even need to be bilingual themselves; it’s the exposure to greater than one language that’s the key for constructing successful social communication abilities.

“Kids within multilingual environments possess wide-ranging societal exercise in tracking who talks things to whom, and discovering the actual societal patterns and allegiances that are formed based upon language use, inch explained Katherine Kinzler, associate professor of psychology along with a specialist on vocabulary and social development. “These early sociolinguistic runs into could hone kid’s abilities at taking other’s views and provide them tools with regard to successful communication.”

Study coauthor Boaz Keysar, psychology professor and also an internationally known expert on cognition and communication, said this study is portion of a larger research plan which tries to describe how people learn to speak. “Kids are great at getting language. They master the vocabulary as well as the syntax of the language, however they want more tools to be successful communicators,” said Keysar. “Lots of communicating is all about perspective taking, which is what our study measures.”

Kinzler, Keysar as well as their coauthors, doctoral students in Zoe Liberman and psychology Samantha Fan, had 72 4- to 6- year- old kids take part in a societal communicating job. The kids were from one of three language qualifications: monolinguals (kids who heard and spoke only English and had little experience with other languages); exposures (kids who mostly heard and talked English, nevertheless they’d some routine exposure to speakers of a different language); and bilinguals (kids who were subjected to two languages on a regular basis and could talk and comprehend both languages). There were 24 children in every single group.

Each kid who participated played a communication game that needed moving items in a grid and sat on one side of a table across from an adult. The adult on the opposite side of the grid had some squares obstructed and couldn’t see all of the items, although the kid was able to see all of the items. To ensure that kids understood that everything could not be seen by the adult, the kid played the game from the grownup’s side.

Some parents appear cautious of second language exposure for their young kids, Kinzler remarked. Yet, along with learning another language, their kids might be receiving intensive training in perspective taking, which could make them better communicators in just about any language.

Studies conducted recently have shown that DAT 1 which is a dopamine transporter gene can have both negative and positive effects on leadership in any workplace. The people who succeeded in conducting that research were most likely to engage themselves in adolescent mild rule- breaking behavior that is normally associated positively with leadership. Typically, such mild rule- breaking behavior can include actions like skipping classes. However, be aware that that kind of behavior is not a very serious deviant behavior when compared to shooting. Let’s now have a look at how genes can influence leadership in workplace.

Research conducted recently has shown that the right genes in your body can assist you to become the firm’s next CEO or president. Don’t you think that that is indeed great? However, the same genes also have got the potential of hindering your leadership path. This is according to the research conducted by Kansas State University in the department of psychology.

Wendong Li who is an assistant professor in department of psychological sciences has discovered mixed blessing’s for the workers who hold different workplace leadership positions i.e. from an informal group leader to the formal leader of a CEO. Their research focused on dopamine transporter gene DAT1 that has got the potential of influencing leadership and which is essential for reward as well as motivation systems in human beings.

The gene is usually taken by many as a mixed blessing since it has got both negative and positive effects on leadership. Wendoing believes that this gene really depends on different environmental factors in order to determine if it’s really a positive or a negative.

On the positive side of this gene, the studies found out that those individuals who had the 10- repeat allele in dopamine transporter were more likely to engage themselves in adolescent mild rule- breaking behavior. This kind of behavior is often associated with leadership. The assistant professor believes that such mild rule- breaking behavior can include actions like shooting.

Mild rule- breaking is normally positively correlated with the chance for a person to become a leader in his or her adulthood stage. The assistant professor believes that such kinds of behaviors can offer you with a merit since it has got the power of allowing adolescents to easily explore boundaries and thus can be able to learn something new.

On the negative part of such behaviors, the studies found that individuals who’ve got the dopamine transporter gene happened to score low on proactive personality. Basically, scoring low on proactive personality can make a person experience positive changes at work. These individuals were less likely to regulate their personal behaviors so that they can hassle free make positive changes. Li believes that it can be very hard for a person to be in a position to make positive changes since it involves mobilizing different resources in order to overcome obstacles and difficulties so that the changes can happen.

In conclusion, it is ideal that managers stop assuming that changing one aspect in the work environment can be beneficial to all the workers.

We want to give a special thanks to United Medical Education for helping us develop out our site. They have been instrumental in teaching the science behind emergency medical education and the articles presented. United Medical Education in the official provider of ACLS online certification, as well as PALS certification and BLS certification. We would also like to express our appreciation to Harvard Medical School who has also contributed heavily to the content on this site. They have helped us gather the research and information related to new technology in the healthcare field.